Following the success of sea race one with limited losses, we were all set for sea race two in the coming days when the distance between land and sea is greater than the previous outing ,and with  limited availability of the ferry it was announced that this would take place on Wednesday 5th feb

Unfortunately in the days leading up to basketing the canary islands were once again overcome with a calima which was approaching from the direction of morocco , Tenerife, especially in the South, and the other Canary Islands are sometimes hit by dust clouds from the Sahara desert brought here on hot, dry winds, the effects can be seen in the following photo and whilst the visibility you could say looks good there is however a gritty and yellow tint in the atmosphere ,which is no good for pigeons to be raced in therefore it is felt for the best interests of the pigeons the preparations for this race were put on hold until such time conditions were deemed good enough and safe enough to liberate so with the cancellation of sea race two the pigeons were exercised daily around the loft to maintain their fitness followed by a short training race from 35 klm on the Thursday morning to keep the pigeons focused on the job ahead of them With 2,221 pigeons basketed abel and the team were on site early and after allowing the convoy to rest liberated his cargo at 10.35 into alight 18 klm north easterly wind and average island temperature of 23 degrees

The impact of a calima on the Canary Islands

At the loft and following the problem that accrued on the previous training race with one of the cameras the team were trailing the new high definition system they had since installed, which clearly showed a difference in quality and exposure With the pigeons on route and the crowds gathering on the live links it wasn’t long before the first batch of pigeons could be seen on approach and with everyone waiting for the leaders to enter the loft they were soon followed by many more circling above in the arona skies, 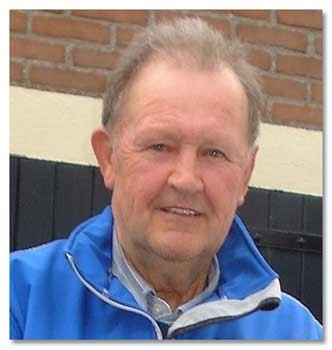 With leading  pigeons on the clock the winner of  1st international was announced as pigeon arona Tenerife 702,for team jos de riddier from the Netherlands making its first appearance in the top ten  with a time of 11.03.38.80 , for 2nd we head further east to Slovakia, with team ponistiak Rudolf & Jakub with pigeon ironically named as ” no time to loose” beaten for the top spot by the minimal of margins clocking in at 11.03.38..8

de moor petrus & Gunther presenting belgium drop one place from 2nd    In the previous sea race to  3rd  on their previous performance with pigeon Nancy making its fifth appearance in the top flight on 11.03.39.20,team wales take the 4th spot and first uk& Ireland honours with team tom & Gaynor`s entry boomerang sk361,recording its presence on 11.03.41.30,just ahead of team England and team sock robbers  in 5th with pigeon spero making a time of 11.03.43.65, 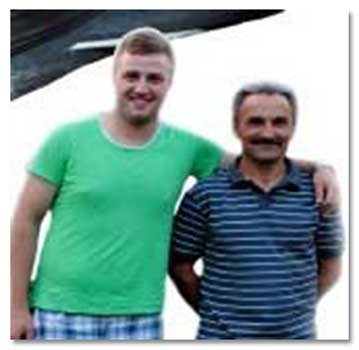 team usa maintain a top flight in today’s race taking  the 6th spot as pigeon toffee entered by genesis syndicate lofts comes over the line on 11.03.45.45. the 2016 winning loft of the derby arona final race benjamin neag from Austria takes  7th spot with one of his entries walking in the wild on  11.03.46.00 ,whilst team England record their second arrival with  team Andy Harker taking   8th  pigeon mexicano on 11.03.47.25, a en c roles from Belgium records their entry r186 to take another top spot during these early stages with a time of 11.03.48.00 in 9th resulting in Hendrik wilpers from Germany taking the final highlighted position in 10th with is entry nucar on 11.03.48.15

After undergoing numerous training races and the  first sea race safely under their belts as we would expect this  was going to be an easy wing stretch for the pigeons as within minutes of the first arrival the majority of the pigeons were home safely perched and by the end of the second day following a few late arrivals there was a rewarding 99.95 % returns rate ,so well done to the derby arona team, it looks like once again you’ve made the best decision for the welfare of the pigeons and with the calima due to clear the islands in the next day or so we can look forward to the announcement of sea race two once  conditions  improve

Sunday 10th February and with the skies returning to normality with bright  blue skies and 23 degree temperatures the arona loft team made the diction that all was good for a liberation the following day and duly basketed the pigeons once more and made the early morning journey to porta santa cruz to board the early morning ferry heading to gran canaria ,as in sea race one  following a turn around on the key side at gran canaria  still under darkness the ferry made its way back to Tenerife with the sun rising  behind it as it headed out into open waters it was clear to see that a  slight tint on the horizon back towards gran canaria of the remains of the calima however  clearer skies were showing towards Tenerife with the reduced  speed abel had the opportunity to cut the strings and get the birds away  at 08.15 in a light north easterly breeze ,With the birds in the sky the team reported that a small number had  broken away from the main batches and were seen to be making their  way towards the nearest sighting of land being that of  gran canaria, whilst the majority were seen to be on line in their return to the guassa lofts in the south of Tenerife 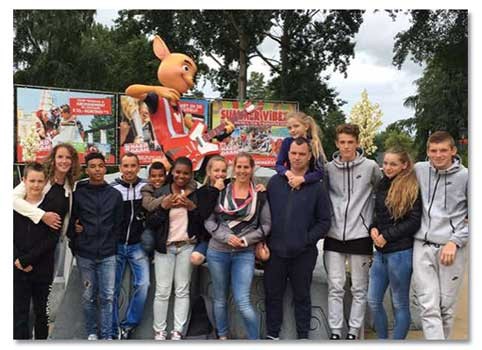 With a light north wind the pigeons made good time as just under the hour mark the leading few birds were seen on approach heading for the traps, with team  Netherlands leading the result taking the leading four positions with pigeon gitano entered by syndicate B Goedee taking the top honours for 1st international at 09.11.20.05,team  klein falckenborg enjoyed todays event with two of their entries arriving for 2nd and 3rd with pigeons canary 6 and canary 4 on 09.11.26.95,and 09.12.21.30, closely followed by Richard h van zuijlen completed the quartet  with pigeon ruud k on a time of 09.12.21.80,team turkey and figo mehmet with pigeon blauwe As,takes 5th place a few seconds behind on 09.12.30.60,just heading off the challenge from team Belgium  syn kempische duif bree  with their pigeon dirk 09.12.31.95,leading the uk & ireland  campaign we have team dream six with pigeon little jt representing England on 7th with a time of 09.12.36.50,its te Slovakian entry pretty for team olsa that’s takes 8th place with a time of 09.12.37.85,team Germany record their first arrival as pigeon Astons turbo for entrant sarah lubbering on 09.12.39.30,taking the remaining top position with 10th we go to team Romania as pigeon otto for team familia lazar & pancota on 09.12.39.90 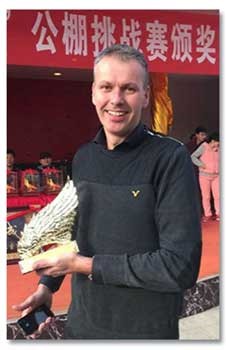 In past years the sea liberations have been so daunting challenge for the participants and pigeons due to the locality of the liberation off a moving vessel however this year its seems to have caused little or no problems for the pigeons with good returns reported at the end of day one some  2,058 pigeons were home by nightfall ,followed by early arrivals on day  two  as more pigeons came through early their ordeal with  the  latest figure of 2090 pigeon are now registered home and more expected to make the journey

early indications appear  to be that a small number may  have gone to gran canaria after liberation only to return on their own the following morning ..a task they have now overcome that  may put them in good stead  once the hotspot races commence and  there is a need to come off land and fly over the Atlantic back to Tenerife so as preparations are underway to face the first hotspot /survival race we can be assured the team will work constantly by checking the daily forecasts to ensure they decide on the right day, under the right conditions to hold such race and ensure the welfare of the pigeons still within the competition

with the major races upon us the grand averages king of sprint are starting to take shape as the seem to be holding form by  remaining within the leading pigeons in the past races this has  resulted in very little movement at the top as pigeon cindy for team castermans & maes  representing belgium move up one back into  1st place with 46,459 pts just ahead of the Netherlands challenge of pigeon bolero dropping to 2nd for team pouw and Willems in  on 45.912pts whilst team hagermann & van aker also from the Netherlands remain in 3rd with pigeon dark Barcelona 43.589 pts with the start of the hotspot races this also brings with it another challenge this  being the king of the atlantic average challenge this is flown for over the three hotspot races and final race with the winning average participant receiving the Arona-TENERIFE Grand Average Ace Pigeon “King of Atlantic” title plus Trophy, Diploma/Certificate + 3,000 EURO 2nd Pigeon  Trophy,Diploma/Certificate +   1,000 EURO 3rd Pigeon Trophy, Diploma/Certificate +    250 EURO

Its now time to look at the social side of the race when  many fanciers , descend on the small island of Tenerife for the final race of the series ,this is a gathering unmatched by many one loft races as nationalities from all corners of the world  come together to witness and celebrate with the not only the winners but with all that have taken on and conquered the ultimate Atlantic challenge which is the “DERBY ARONA TENERIFE ONE LOFT RACE “ proceeding get underway on wed 27th march with live basketing followed by  the final race on fri march 29th and gala evening on sat 30th march

can’t be there?... then watch it live from the lofts via livestream at www.derbyatlantic.com