Let’s start with Jim Emerton one of two fanciers that really do not need any introduction the second one being Jim Donaldson who represents in my opinion the other side of the coin being very understated in our racing pigeon world.

The title when two stars collide,  I think this statement is very apt because when two stars collide the after effects are massive.  In this instance the analogy is referring to two great long distance marathon pigeon fanciers with over 90 years between them of strain building results based families of pigeons that are intrinsically linked from each other’s top bird’s. As with all strains or families of racing pigeons they are all mixtures of other key bird’s brought into it in hope that they enhance and add to the gene pool. We all know that this process can have an opposite effect as well so an astute fancier will test the progeny. This I believe is why these two fanciers were successful as they both had tried and tested ways to confirm or disprove their original choices and this when you think about it is simplicity it’s self. Then breed around the top performing pigeons. Why I am stating this simple method, well because we humans tend to over complicate things thinking we know best don’t worry we all do it.  You see a photo of a pristine pigeon loft and think I’ll have to get one like that, you see pretty photos of digitised pigeons moulded in the perfect pose with colours that are so bright you need sunglasses to look at them but again you want it and willingly part with your cash. It is difficult to resist, after all it’s like a kid in a sweet shop with all the readily available media we have at our fingertips nowadays.

Just stop for a moment and think, invest your time and money into your pigeons not into the barrage of people selling you the material dream when isn’t it that you want your bird’s to win and perform so you can have that buzz when out of the blue your pigeon lands on the board, isn’t that a better feeling, telling your friends that!

Back to the example of two great strain makers, their not the only one’s, there are a lot more study them, their birds, methods and their philosophy and you will improve your performance. I have included with this a photo montage of the two great fanciers bird’s that are all linked into the bird’s still winning today. Obviously not all of them, you will have to do your own research, it’s all on Elimar or Google. 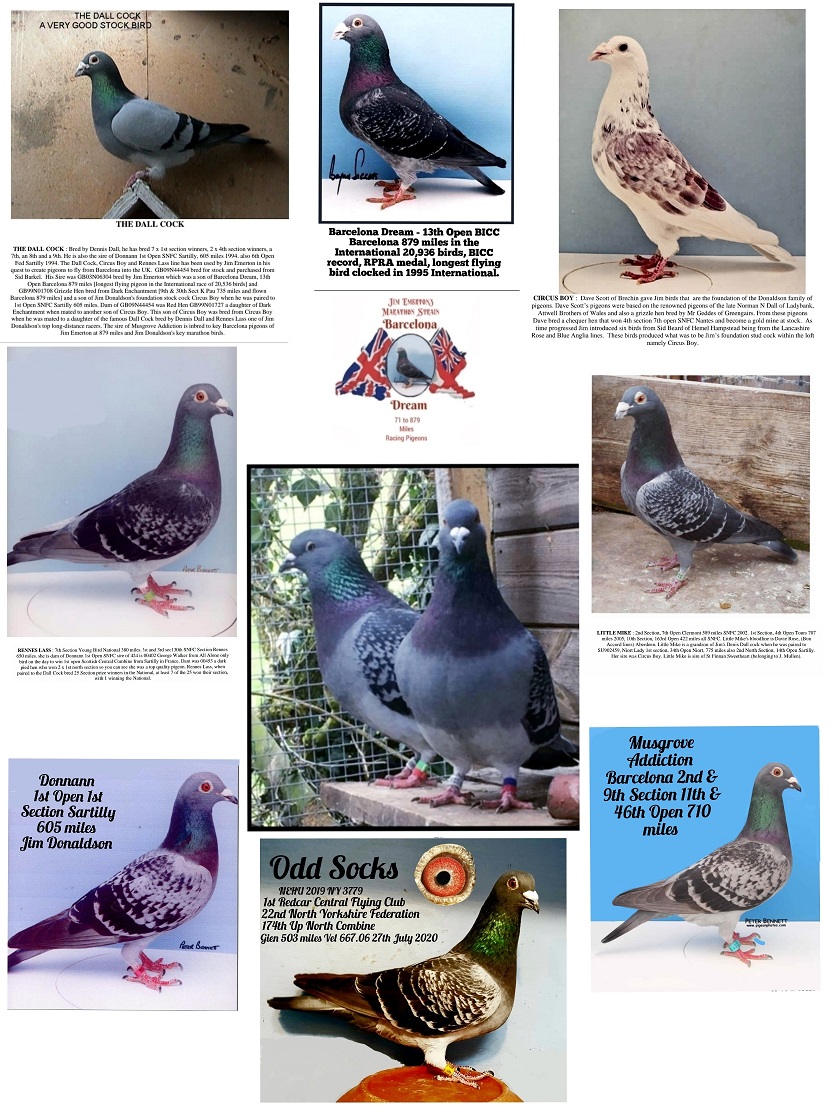 The two bird’s in the middle of the montage in case you were wondering are two I bred for Richard Scott for stock and are the brothers of Odd Socks who won from Gien last season 503 miles as a yearling and contain all the blood lines of the bird’s you can see on the montage.