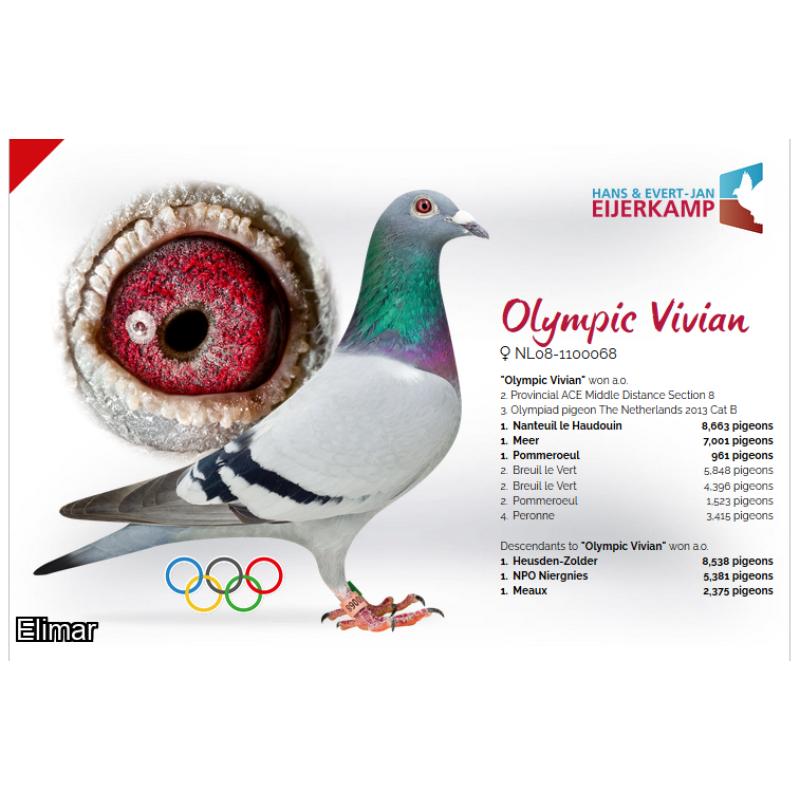 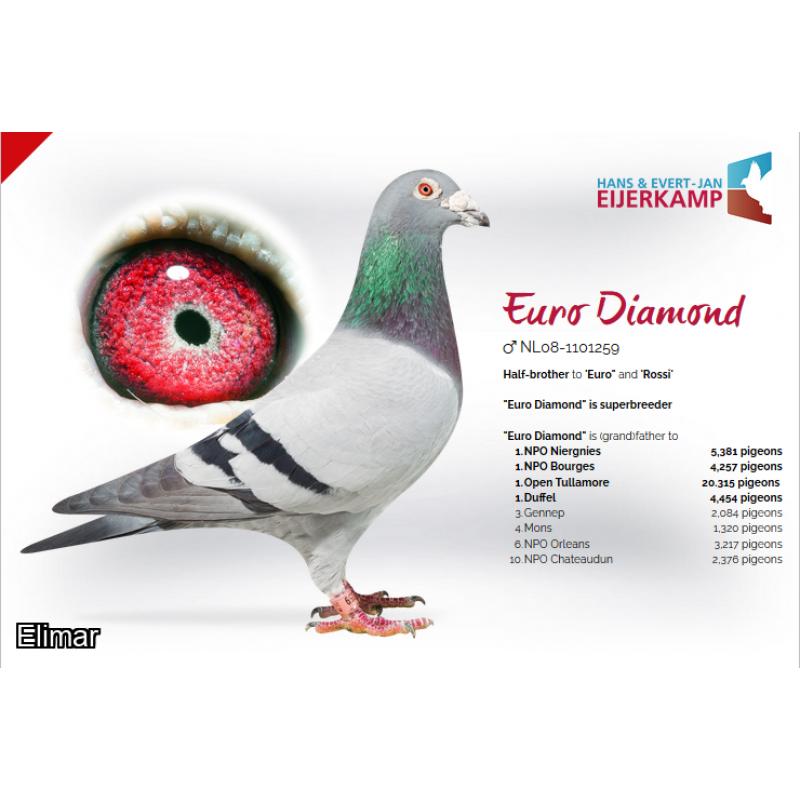 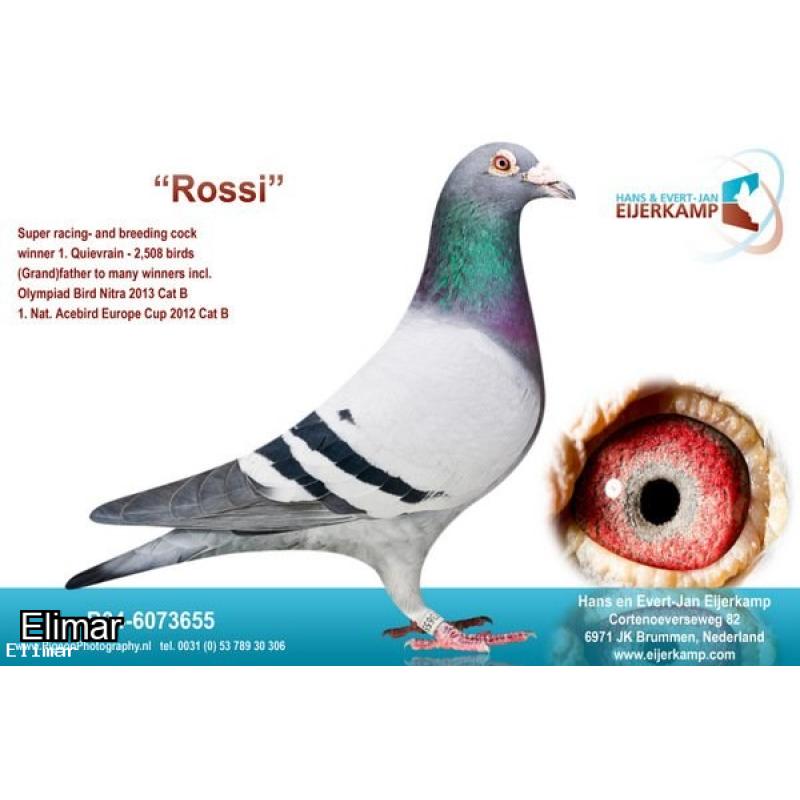 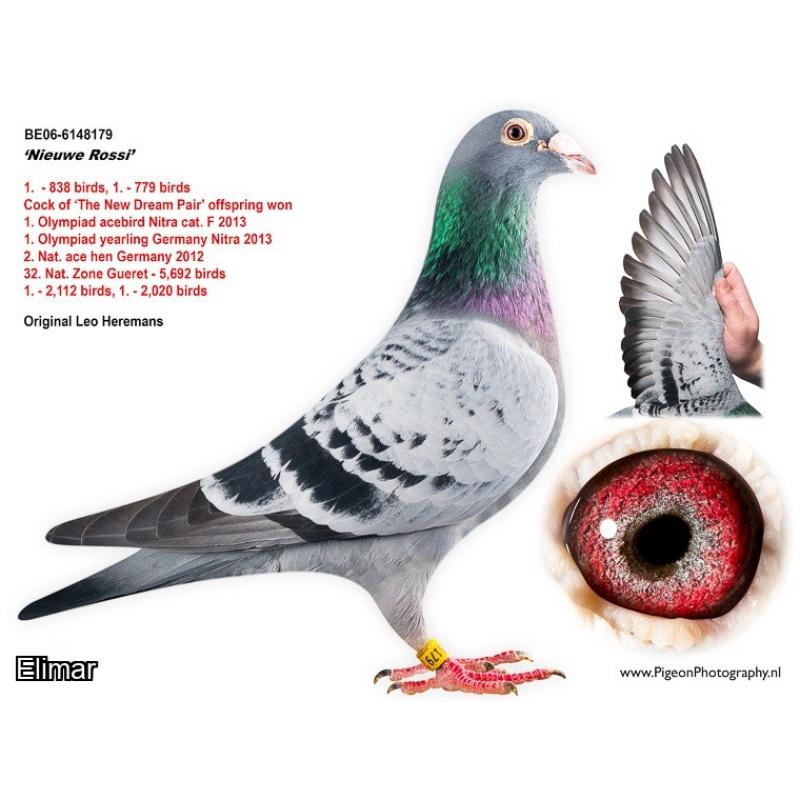 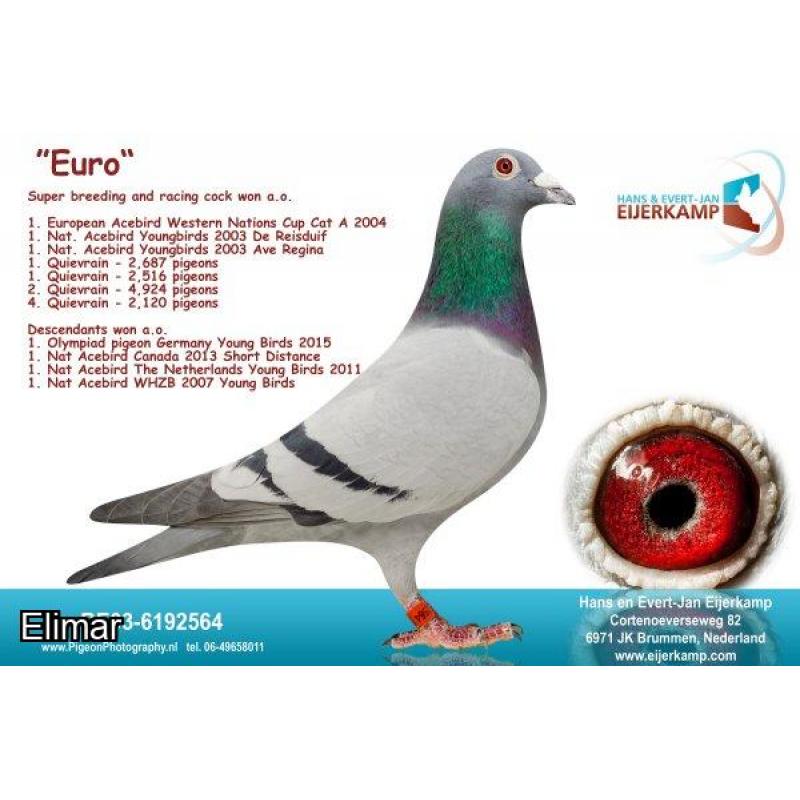 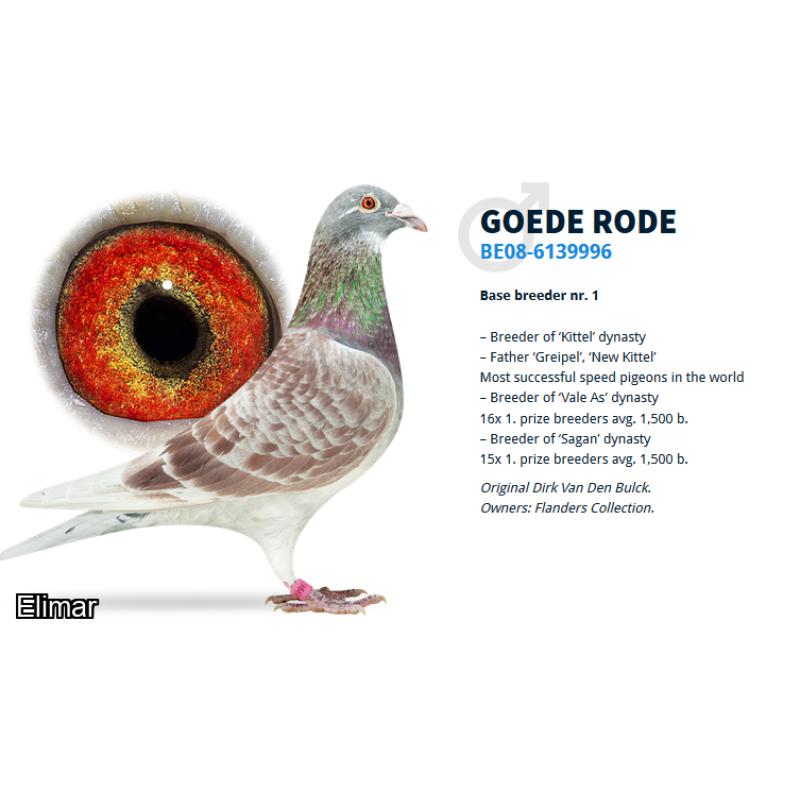 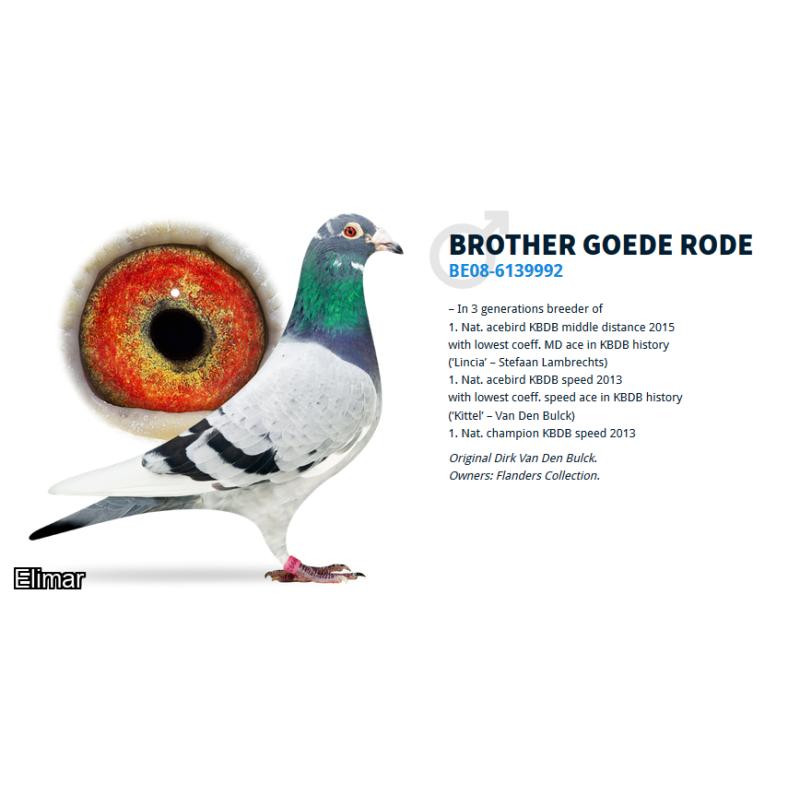 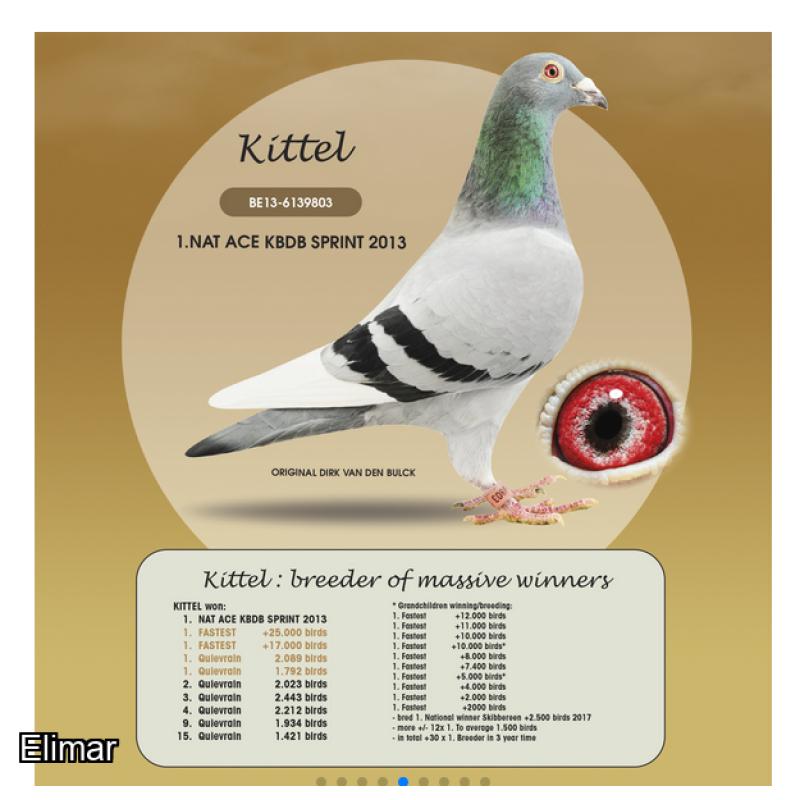 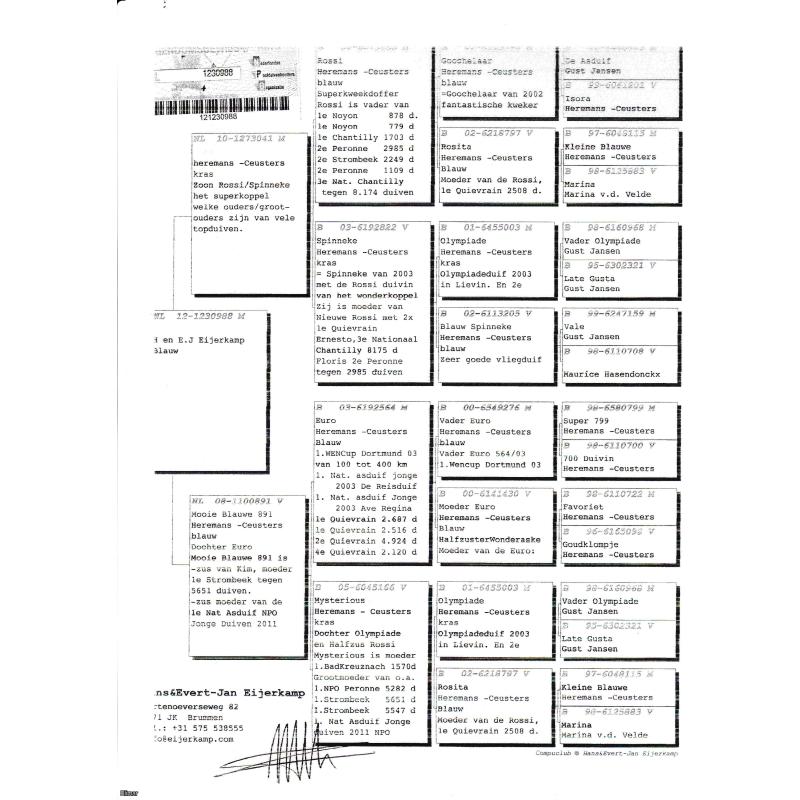 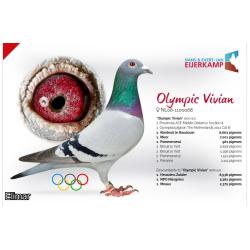 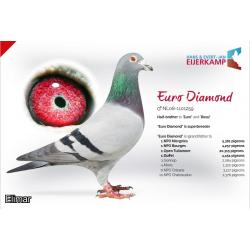 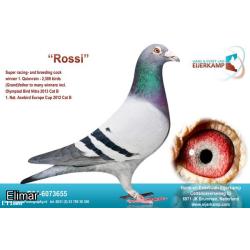 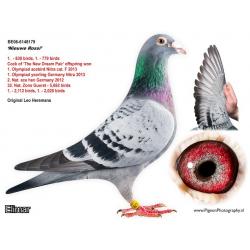 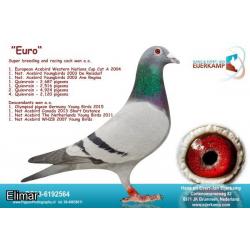 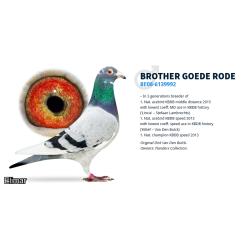 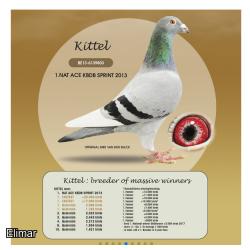 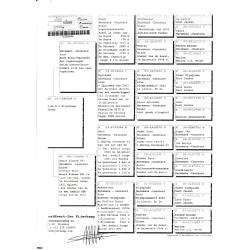 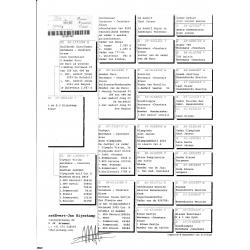 Blue Cock 19V91316. Breathtaking Heremans-Ceusters from start to finish. The Dam is DIRECT from “OLYMPIC VIVIAN”

Blue Cock 19V91316. Breathtaking Heremans-Ceusters from start to finish. The Dam is DIRECT from “OLYMPIC VIVIAN”

There’s a barrel-load of information that I could type about the pigeons that feature in the ancestry of this pigeon but the names will say it all – and the images in the gallery will tell you too. It’s quite brilliant really. Anyone looking for good Heremans can’t go far wrong here.

Sire and G.Sire of winners this cock

Her father is “DEN EURO” himself whilst her mother is “MYSTERIOUS”. She’s a fantastic DIRECT DAUGHTER of “OLYMPIADE 003” and also a HALF-SISTER to “ROSSI” – he of course went onto breed “NIEUWE ROSSI” etc etc.

Now that I’ve impressed you with the father; I’ll blow you away with the mother!

Her father is in the gallery

He’s a HALF-BROTHER to both “DEN EURO” and “ROSSI!!” Can you possibly comprehend how many winners that makes him related to!

“EURO DIAMOND” is a super breeder in his own right. One cock you might be familiar with is “BUTCHER BOY” who’s owned by Central Lofts? This cock won 1st Open NIPA Tullamore against 20,315 birds and he’s gone on to breed 1st Fed winners too.

Now, (he says rubbing his hands together)

is winner of the following prizes:

is winner of the following titles:

are winner of the following prizes:

are winner of the following titles:

As we all know JPSLOFTS normally have a stand at all the major shows where they take all the children of their main breeders. However due to Covid this year they have...